Carried away by classical: our latest Barbican campaign 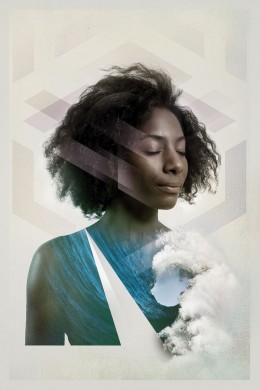 Following a hugely successful campaign last September, the latest instalment of our three year partnership with The Barbican is now live. The Centre’s aim is to convey the emotional experience of attending a concert and to resonate with a younger audience.

Classical music is often perceived as stuffy or elitist. Our solution was the “Dreamscape”; a series of posters that revived impressions of classical. Integrated urban and natural landscapes reflected the genre’s richness. To appeal to the young professionals segment, the posters were bright, engaging and featured “ordinary” people dressed in t-shirts and hoodies. The entire campaign was designed, photographed, illustrated and post-produced within the Firedog studios. 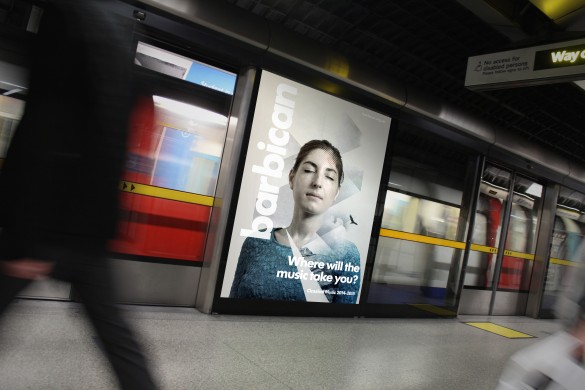 This year, we have retained these original elements but have taken a fresh direction. Strong, graphic shapes break up the torso and neck areas, creating a window for landscape elements to be placed. The posters are strongly influenced by the graphic lines in Cuban and Russian Constructivist art.

Strong, graphic shapes break up the torso and neck areas, creating a window for landscape elements to be placed

Constructivism is based on the principle that humans generate knowledge and meaning from an interaction between their experiences and their ideas, so it ties in well with what The Barbican are hoping to achieve.

The hard, mechanical lines in these pieces signify the underlying structure and rigidity found in classical, while the soft landscape scenes and floating birds mirror the calming effect that music evokes. Unlike the September campaign, our latest instalment doesn’t use “overlay” and multiple exposure techniques. The result is a cleaner, more organised feel – particularly on the models’ faces. Fully exposing their serene expression creates a more natural, human feel than the previous campaign. This is complemented by a very strong focus on nature. 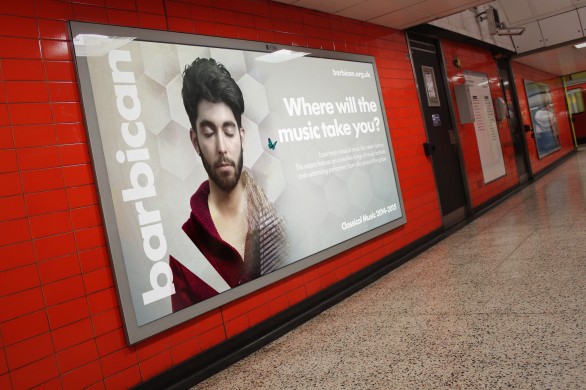 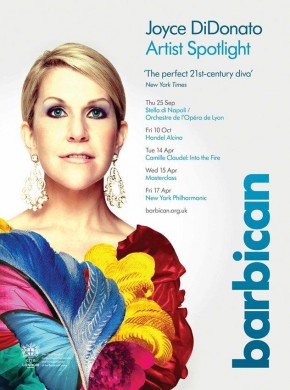 The Barbican’s Classical Music division also holds significant concerts for world-famous artists. This season, the Artist Spotlight is on Joyce Didonato, one of the best-loved vocalists of our time. To complement the artist’s flamboyant style and energetic stage presence, the poster is bright and takes a collage style. This colourful layering complements both the singer’s personality and her claim that the music “makes us weep, marvel and soar with each new phrase.” Feathers, butterfly wings and floral imagery all come together to form an expressive portrait of Didonato. The poster complements Didonato’s energetic stage presence 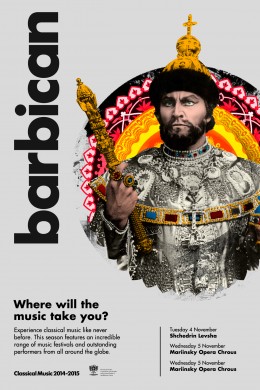 In November, the Mariinsky Opera will be one of the highlights for UK-Russia Year of Culture 2014. The theatre’s conductor, Valery Gergiev, showcases two contrasting operas that both deal with archetypal aspects of Russian identity. These are Mussorgsky’s Boris Gudunov and the UK premiere of Rodin Shchedrin’s The Left Hander.

Paying homage to Russia’s national epic, our poster focuses on Russian Tsar, Boris Gudunov. To reflect the power of both Russian music and its culture, we have highlighted key icons, such as his staff and hat.  This poster again adopts the collage technique that artists such as Richard Hamilton and Peter Blake were famous for. The artwork needed to convey the range of music from 19th century opera to Schedrin’s music from the present day. For this reason, the poster applies a deliberately modern feel to a Russian legend.

These Artist Spotlight pieces do not form part of the overall Classical Music campaign, but the bright colours and layered images nonetheless seek to encourage a younger audience.

We have already begun working on the next instalment of the three year campaign – watch this space!