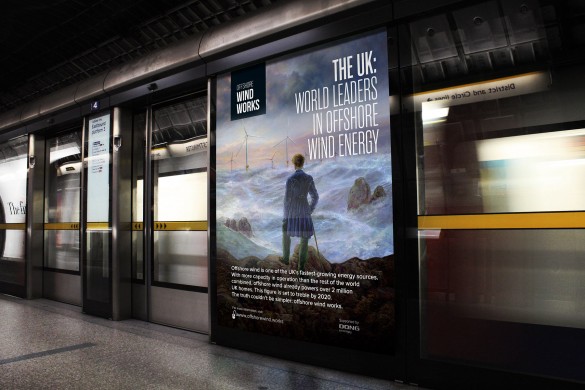 Our ads have been up in tube stations across London

The UK is the global leader in offshore wind. We have the largest offshore wind farm in the world and generate enough energy to potentially power the whole country three times over. Despite these impressive statistics, offshore wind is often shrouded in myths.

To tackle these misperceptions, DONG Energy UK commissioned Firedog Creative to produce a nationwide campaign. This is the first of its kind to promote offshore wind power for the sole purpose of informing public opinion.

Recalling the impact of Danny Boyle’s 2012 Olympic Opening Ceremony, we decided that the campaign should capitalise on a sense of British pride. From Brunel in the 19th Century to Berners-Lee in the 21st, engineering is ingrained in the UK’s history. Juxtaposing past, present and future, we wanted the campaign to simultaneously hark back to this rich pioneering heritage and excite its audience over what we are yet to achieve. 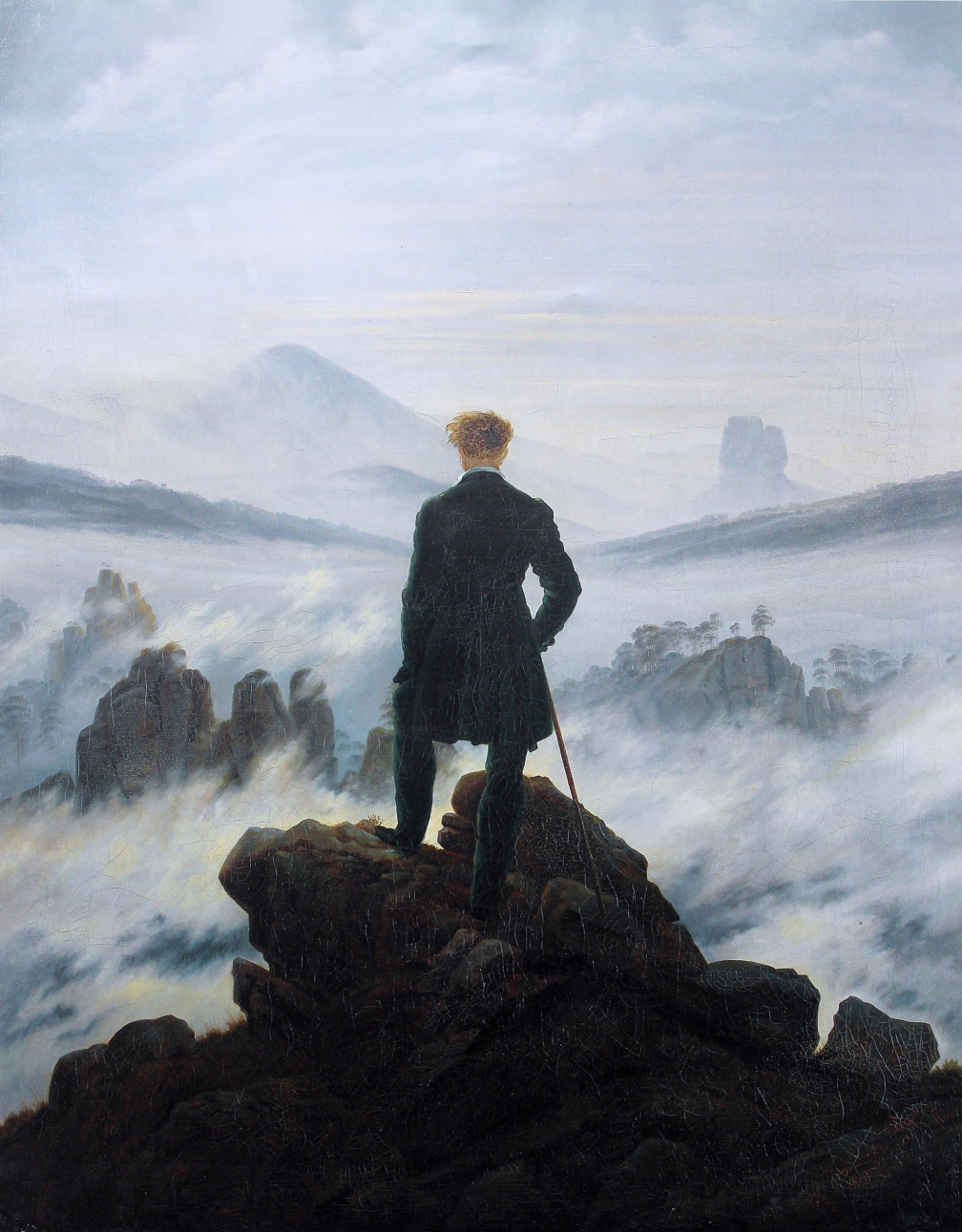 While the offshore wind industry is certainly linked to production and growth, we felt that the campaign should also reference its environment. We began by exploring Romanticism, a movement often classed as a direct response to the Industrial Revolution. Romanticism placed huge emphasis on man’s relationship with nature and the strength of human emotions – especially those of awe.

We combined the pioneering, mechanical elements of the Industrial Revolution with Romanticism’s focus on nature and sentimentality. Caspar David Friedrich’s key Romantic painting, “Wanderer above the Sea of Fog,” became our inspiration.

Caspar David Friedrich’s key Romantic painting, “Wanderer above the Sea of Fog,” became our inspirationIn our take on the painting, the central figure becomes representative of a Victorian engineering genius, such as Brunel or Stevenson. We adapted Friedrich’s piece and created a seascape dotted with wind turbines. By presenting the turbines as integral to the natural landscape, we aim to combat an aversion to change. Looking out over a vast seascape, our figure envisions the future progress of engineering and technological evolution. As Friedrich’s painting epitomises the Romantic fascination with feelings of awe, our campaign presents the turbines as objects of wonder. These elegant, spinning blades are majestic outcomes of Britain’s engineering excellence. 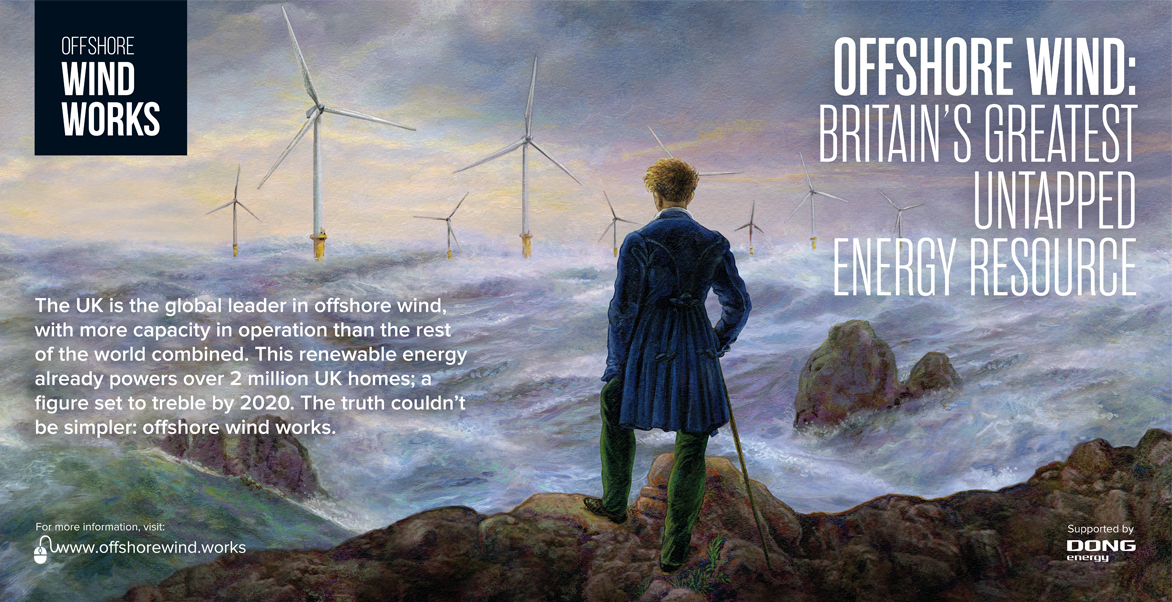 We combined the pioneering, mechanical elements of the Industrial Revolution with Romanticism’s focus on nature and sentimentality

Despite his Victorian attire, the central character also represents the present day pioneers who are shaping Britain’s future. The vast expanse of sea is complemented by copy that conveys offshore wind power’s largely untapped potential. Working together, the image and copy inspire each individual to consider the UK’s role in a more sustainable future. 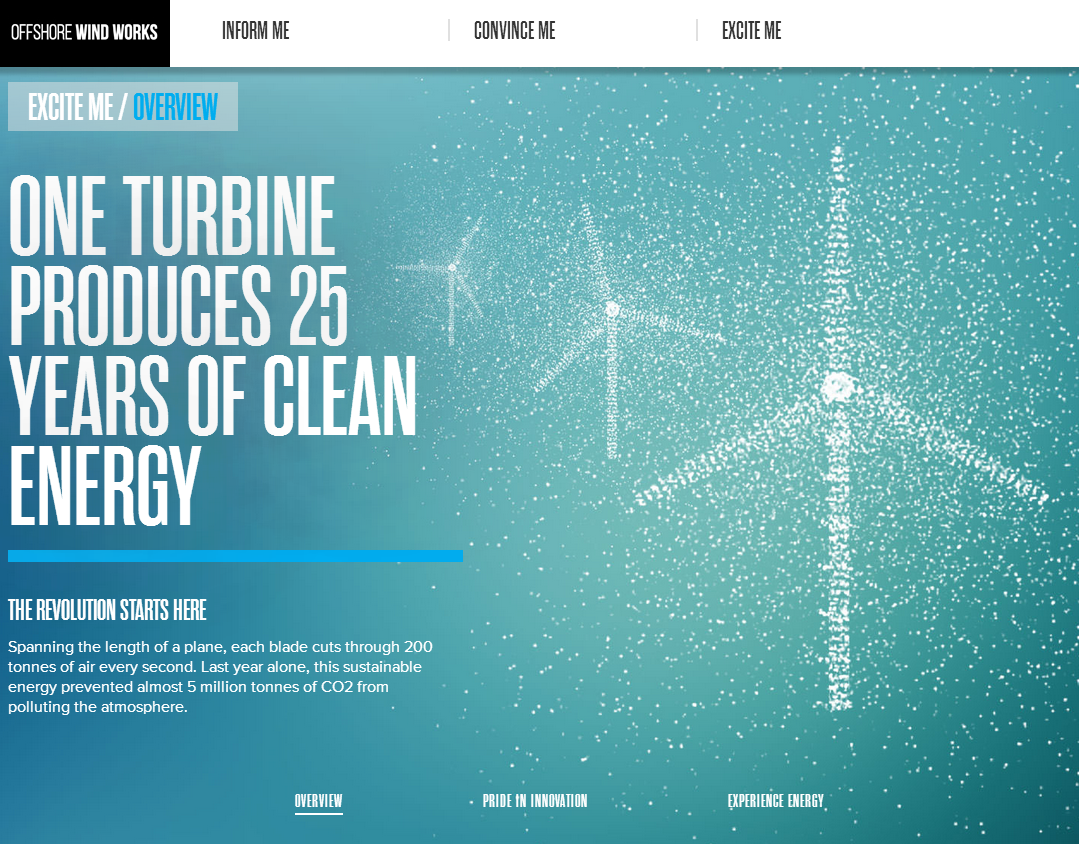 We designed and built a microsite for the campaign

Transforming the digital image into a professional oil painting strengthens the impression that it was created during the Victorian times. We commissioned Montreal-based artist, Sharif Tarabay, to do this. The craquelure technique and visible brush strokes adds authenticity and enhances the traditional, romantic feel. The sky is strongly reminiscent of a Turner painting – one of Britain’s most celebrated Romantic painters. Luminous shades of pale pink and hints of amber represent the fusion of Britain’s golden era with a promising future.

Alongside the outdoor, national and regional ads, we also developed a microsite for the campaign. From school children to pensioners, site managers to politicians, the campaign does not target a specific age range or audience. Rather, it seeks to engage people who are eager to learn. Aware of this very wide audience, we strategically divided the site accordingly. 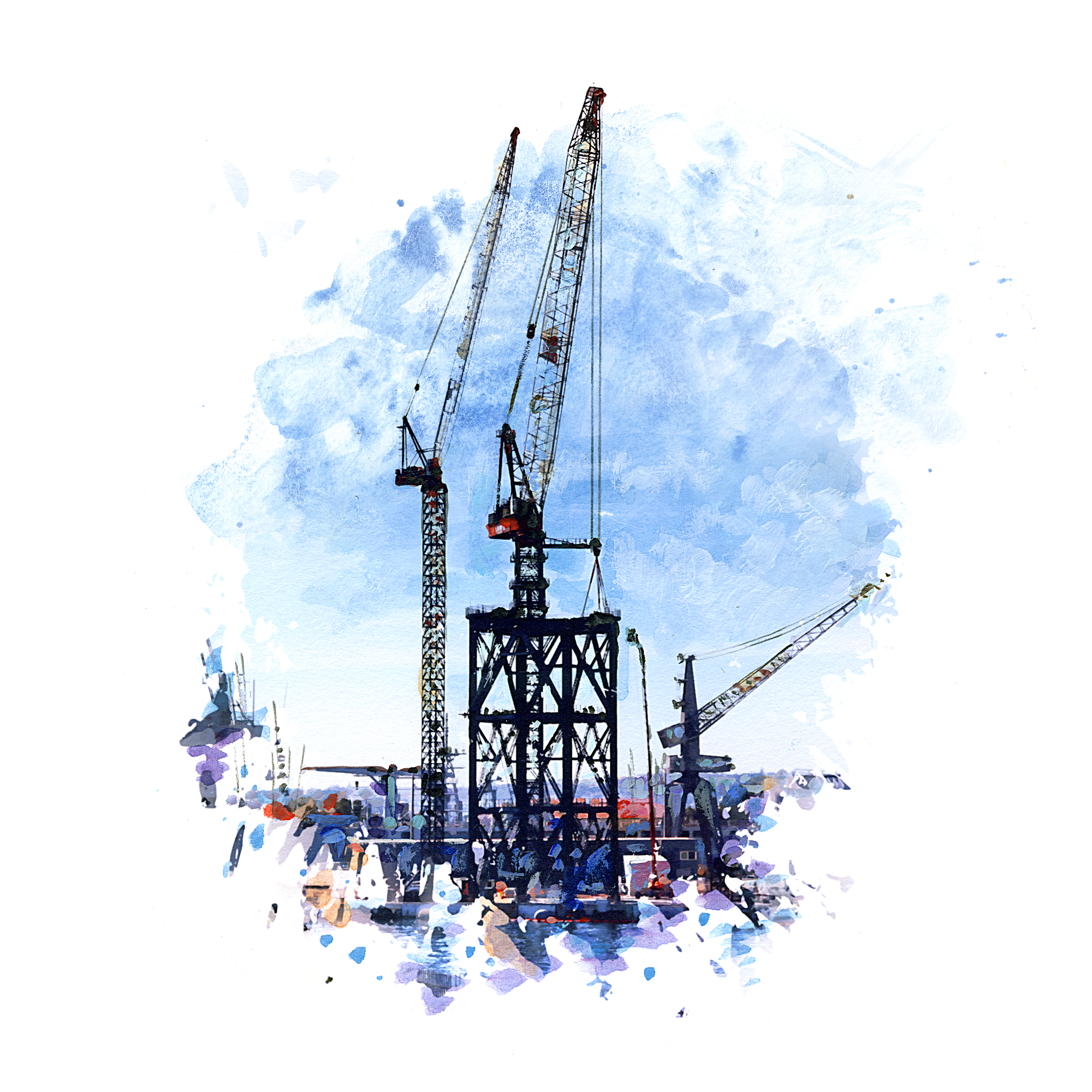 The government-backed campaign has already proved itself to be a great success in the party conferences and has gained a strong Twitter following. It’s live in 108 tube stations and featured in both the national and regional press. Tailored copy for local areas increases awareness of the opportunities that offshore wind brings. 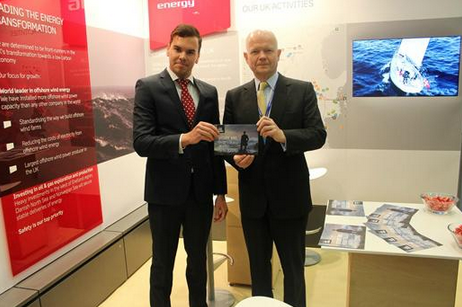 William Hague with our campaign